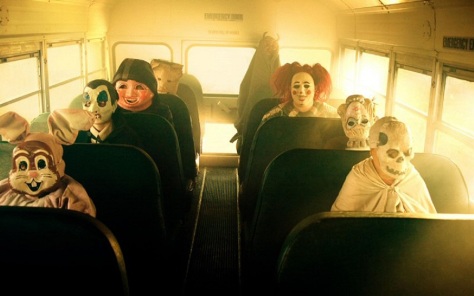 I know Stranger Things is the big headliner this year, but IMHO… Trick R Treat was the real darling of the whole damn thing this time around! For fans of Michael Dougherty’s 2007 epic anthology, the treats start not long after entering the park. A special scare zone and some really great decor await you upon arrival. If you’re a Trick R Treat fan, chances are you’ll lose your shit about T-minus two minutes into your night. Not a bad start. The maze itself is wonderfully done, Universal truly excels at the fan serving build outs, making you feel like you’ve stumbled into the movie. (I’m never going to shut up about The Shining maze they did last year. A living waking celluloid dream-mare!). Trick R Treat was no exception. Each of the film’s vignettes, lovingly represented in glorious demented detail.

My second favorite this year was the Universal Monsters maze. It sounds like a lot of people who were pressed for time skipped this one. DO NOT MISS. Finally Universal is doing some cool shit with the cornucopia of classic monster licenses. The exterior of the maze essentially looks like my dream version of joining the punks from Return of the Living Dead and what I imagine our lair would look like. Inside… Dracula, The Phantom, Invisible Man, Frankenstein’s Monster and The Bride await… The Creature is missing and I don’t recall any specific Lon Chaney-esque werewolves but then again when it comes to fight or flight my go-to is the latter and sometimes I miss details. I lingered as long as I could in each room, which is rare for me at a haunt. I literally ooh’d and aah’d out loud with each new detail… but I was also being stalked by monsters and could not take it all in.

Another favorite from the night was the Killer Holidays section, sort of a mini maze you have to walk through in order to get to the backlot mazes. Clever and scary as hell, and it wasn’t even a full maze! The scare zone immediately after the Universal Monster maze was also that really great combination of wanting to admire, but also feeling the innate need to flee the scene.

The Stranger Things build out was majorly impressive. The whole thing is on an actual sound stage, sound and lights are used super effectively. It’s essentially a walk through of the show, some of it reminded me of the old E.T. ride Universal used to have. The wait was crazy long, and when we thought we had made it… the line continued for a bit inside of the sound stage. But at least once you’re inside, awesome 80’s tunes are blaring on a really great sound system. Inside the actual maze, we were essentially still in a line, but the line happened to be moving through the maze. Makes for less effective scares and takes away from a lot of the effects in general. Maybe I’d feel differently about this one overall if I had walked through in a less crowded environment. Don’t get me wrong, it’s impressive as hell, just wasn’t my favorite. Not even in my top 3. Buuut check it out and tell me I’m wrong if you disagree.

Poltergeist was another example of Universal owning it in the “walk into this movie” department. Halloween 4 maze was also a lot of fun with a lot of the walking through the movie elements. The First Purge maze had a lot of great elements, some big scares, including a part where I was lightly sprayed in the face… startled at that… and then sprayed a shit ton more until I was an odd combination of terrified and laughing my ass off. The Horrors of Blumhouse: Chapter Two also had some really big scares and some really fun moments.

Did not make it onto the Terror Tram this time around, the night was sold out and packed, and if we had to miss one, we unanimously voted on the tram. Tell me your favorites from this year! 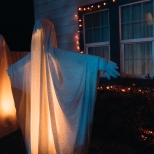 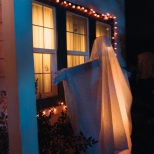 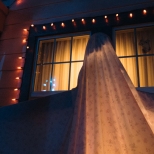 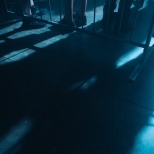 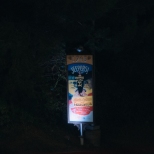 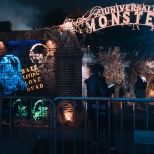 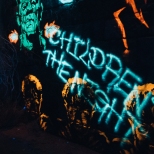 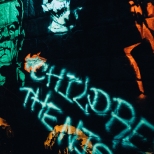 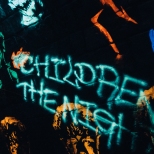 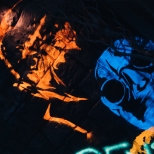 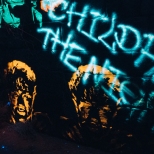 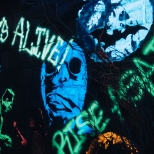 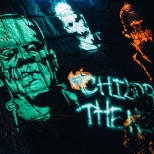 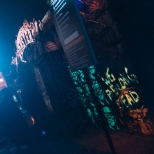 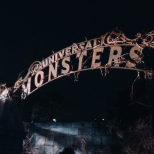 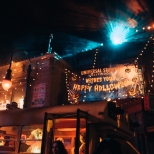 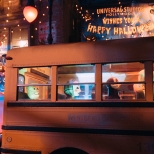 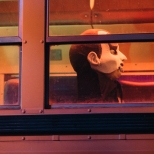 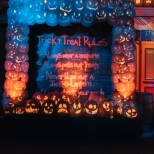 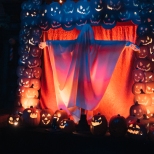 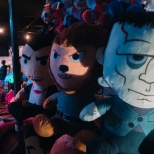 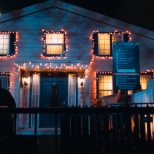 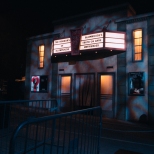 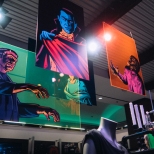 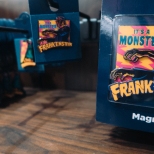 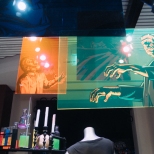 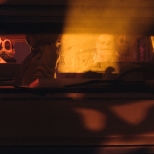 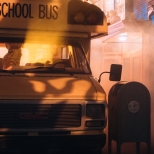 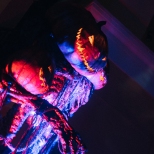