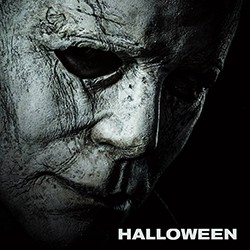 STOP. DO NOT READ IF YOU HAVEN’T ALREADY WATCHED THE MOVIE. Spoiler free review HERE

If you HAVE seen the movie, then please come nerd the fuck out with me.

These are my top twenty favorite things about the new movie, what are youuuurs?

1. That opening sequence, though! I squealed at the font and then silently clapped my hands together as the 40 year old decrepit pumpkin reinflated and came back to glorious life, rejuvenated.

2. Nick Castle reprising his role as The Shape 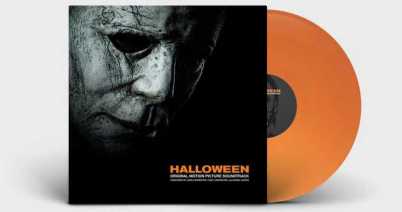 4. Allyson Strode sitting in class, looks out the window and sees Laurie standing outside in exactly the same fashion Laurie saw The Shape in 1978.

6. Oscar’s Halloween costume – like a glorious 80’s vampire. Oscar’s whole kill scene in general, fun mix of dreadful and comedic. The theater was literally audibly anxious, which is the most fun in a horror flick.

7. “You are so getting dry fucked tonight”

8. Rumors Laurie Strode is Michael’s sister addressed, “Wasn’t it her brother who murdered all those babysitters?” “No. It was not her brother. That’s just something people made up”. And now with a single line we are undoubtedly back to the original mythology of the 1978 film.

9. That awful, dreadful moment when Michael approaches the baby in the crib… but then leaves it alone! Thank you for not going there! Palpable anxiety and gasps throughout the theater, and nervous giggling when he left the poor kid alone.

10. The kid Vicky is babysitting and his “nasty ass toenails”.

12. Teenage dude Dave pegged to the wall via knife through the neck a la Bob Simms.

13. Karen Strode wearing a Christmas sweater on Halloween night after an earlier conversation between Allyson and Vicky to the effect of… if I were your family I would skip the holiday all together and move right onto Christmas.

14. Dead body in the closet… surprise! Laurie did not seem nearly as traumatized to find her son-in-law’s body stashed in a closet as she did when she found the bodies of her friends stashed, but hey she was on a mission this time.

15. Laurie Strode stalking Michael through the house, peeking into closets with slatted doors. In the immortal words of Patty Smyth… Who’s the hunter, who’s the prey? Epic role reversal.

16. When Michael throws Laurie out of a damn second story window and she lays lifeless on the front lawn as he looks down from the balcony… only to discover she’s disappeared when he looks away for a moment. Laurie Strode just Michael Myers’d Michael Myers!

17. Karen acting like she has conditioned all her badass training right out of her and can’t pull the trigger, only to blow Michael away as soon as he steps back into view.

18. Laurie Strode telling Karen… you thought this was my cage… Karen coming to the understanding the house is in fact a trap for Michael.

19. Allyson, Vicky and Dave walking down the street to school, passing jack-o-lanterns as we are introduced to the trio. Reminiscent of Laurie, Annie and Lynda walking home from school.

Was Karen’s childhood dollhouse a Michael Myers house replica? If so, make this number 20. 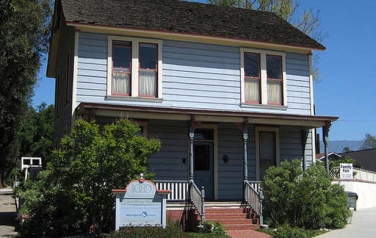 So many great little parallels, role reversals, echoes of the original in certain shots, the theme of keeping with the babysitter murders, the fantastic freak in the sheets shots. Jamie Lee Curtis being a total fuckin’ badass isn’t on the numbered list because it’s a blanketed obvious given. Laurie Strode gets the showdown with Michael Myers she’s deserved for 40 years. Is he dead? Could be. Is he alive? Could be. Slashers have been brought back for sequels after much worse, after all.