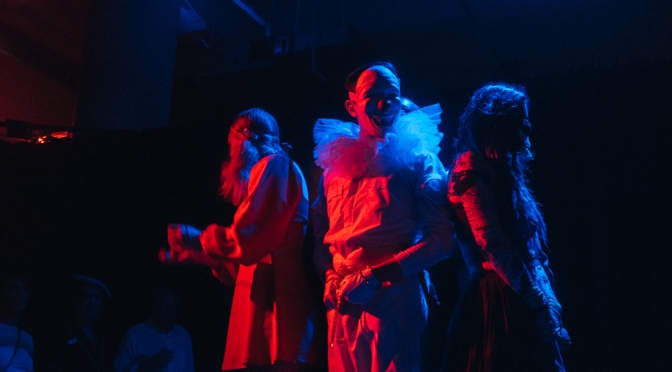 Pretension. Influencers. Artists. The art crowd. It’s hard to tell what is part of the show and what isn’t. Now that… is truly immersive. Welcome to Haus of Creep. A gallery opening gone awry. Heavy petting, a birthday party from hell, art seeking revenge. Many of you have asked me what it is exactly. I think part of the fun is not necessarily knowing what the  hell you’re getting yourself into. I will tell you that it is unlike anything I’ve ever done. It’s horror, but not in the traditional sense. It is not a maze. It is not an escape room. It’s not a play. The best I can liken it to is… it’s like being in a horror film. With an almost choose-your-own-adventure aspect to it. There is a storyline, but your experience relies heavily on who you interact with and how much you interact. 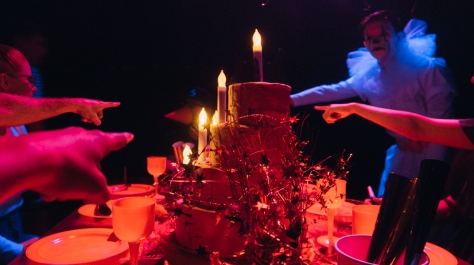 The premise is that you are attending a high brow art gallery opening, with caricatures of the characters that come along with that atmosphere, (for some this is nightmareish in itself). Early on, there were points where I was unsure what was acting and what wasn’t. That already creates a layer of uncomfortability. As you become immersed in this world, catching onto the tone and the game, it just becomes more and more enjoyable. You get the sense that something is not quite right, but there are so many different directions that can go, all you can do is play along and let the story unfold before you. Because of the nature of this living storyline, you can go with a group and still have different experiences. With a cast of twenty two actors, you can probably go two or three times and have a different experience depending on who you are interacting with at which point of the story. As founder Justin Fix describes it, the show is about 30% improv and 70% scripted, with that you can “bounce back and forth between what’s reality and what’s not reality”. 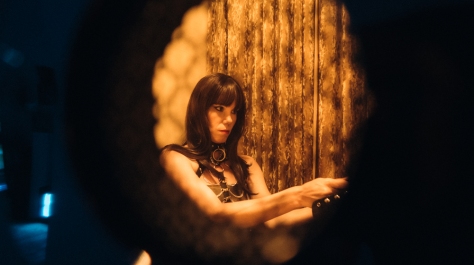 It’s seductive, it’s scary. There were points where I was unsure whether I might be eaten or offered up as a human sacrifice. If you are uncomfortable with a lack of personal space or being touched (I fall into both of those camps), then it’s most likely going to be highly effective. It’s not so excessive that it isn’t an enjoyable experience, like I said before, the uncomfortability and the  uncertainty is sort of what the experience preys upon. Amplifies it. Utilizes it to add another layer of horror. On top of that, layered with more traditional style terror, I also maybe had a bit of an existential crisis in the midst of it thanks to one of the characters who made it way too real… and that shit is horror on a whole ‘nother level!

All in all…. get thee to the Haus of Creep, because this was one badass experience, the likes of which I have never before encountered. The quality of this production absolutely blew me away. (Sidenote: While this is a different brand of horror, involves touching and interaction, it is NOT one of those extreme haunts where they shove bugs in your mouth or torment you. Your HorrorGirl is strictly anti-torture haunts, thankyouverymuch). Haus of Creep, HorrorGirl approved. Check it out and let me know what your experience was like!

Haus of Creep is located in downtown LA @ The Row.
Running select nights now through November 3rd. Get your tickets here

One thought on “Creep LA Haus of Creep: Serving Up Seduction, Art, and Maybe an Existential Crises or Two in a New Totally Immersive Horror Experience”