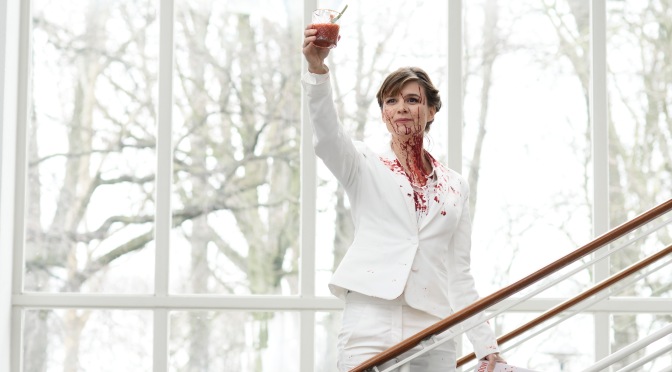 What do you do when you’re being slandered by an onslaught of internet trolls and there is no protection or course of action to take, with no end in sight? If you’re like the titular Columnist Famke Boot, you take matters into your own hands. Director Ivo van Aart and writer Daan Windhorst offer up a different kind of revenge horror, reminding us, “It isn’t hard to be kind”. 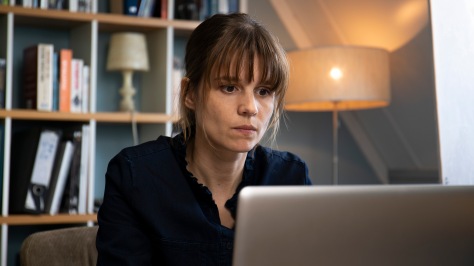 These killings take place wonderfully juxtaposed alongside Famke’s daughter’s crusade to protect freedom of speech, spiraling Famke into a hypocritical moral dilemma.  It’s brutal in a fun stick-it-to-me, get your come uppins fantasy way. Internet trolls and keyboard warriors shitting all over creators offering up unsolicited opinions and blatant lies, feeling safe and superior while hidden behind glowing screens – untouchable, right? Or so they thought. There’s far more heart to this than “enacting revenge against internet trolls”.  Katja Herbers does a wonderful job of playing Famke as she gradually comes casually unwound. How do you make a brutal serial killer likable? This isn’t blatant sociopathic psychosis à la American Psycho. This is less brutal Bateman and more nuanced and layered into Famke’s life of career, family, grocery shopping, etc. An improbable but not impossible suspect. The Columnist gives us a relatable everywoman and snaps her in a fantastical but believable way, while cleverly delivering the often forgotten reminder- there are real people on either side of the screen and consequences, whether they are directly brought to our doorstep or not.

The Columnist is available to screen on demand during the run of Fantasia Film Festival, August 20th – September 2nd get your ticket here