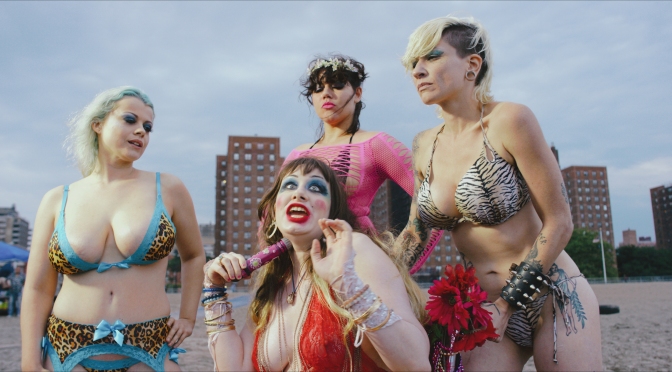 When you sit down to watch a Troma movie and the opening screen provides the definition for “shit storm” and that definition explicitly includes “a Troma movie”… you know you’re in for a ride. And your intuition in this instance would be spot on. “Shit storm you say? Are we speaking literally or figuratively?” Now, I’d hate to ruin the surprise so you’ll just have to wait and see. I can tell you I was deep into a Chipotle bowl when I started this movie, and came to regret pairing this flick with dinner pretty early on.

“What’s past is prologue.”

Shakespeare’s Shit Storm is The Tempest run through the Troma treatment. This isn’t Troma’s first foray into TROMAtic Shakespearean adaptation,  1996’s Tromeo and Juliet is a Troma fan favorite (and the poster even makes an appearance in this film). The Tempest‘s themes of magic, family, betrayal and revenge become themes of science, big pharma, betrayal, revenge and family. Prospero’s magical island is naturally transformed into a repurposed crack house in Tromaville, New Jersey. The musical element remains and we are treated to multiple musical numbers. While the original Shakespearean work may focus heavily on chastity and the perceived importance of it, Shit Storm is of course the antithesis of chastity. Orgies, drugs and sexual awakening in abundance. The sexual awakening of Prospero’s daughter Miranda, delivered in musical fashion reminiscent of Janet’s sexual awakening in Rocky Horror.

Kate McGarrigle as Miranda was the real standout for me here. I wasn’t expecting to have a standout, but her comedic timing was so spot on that she pretty much stole the show in every scene she was in.

Amidst this shit storm of comedic debauchery, Kaufman tackles major modern themes of entitlement, big pharma, opioid addiction, and cancel culture. Don’t worry, if that sounds hefty… this is of course set against the backdrop of gags on gags, boner jokes and a barrage of fun practical FX by the maestro of the morbidly grotesque. In addition to lines from The Tempest, we also get gems like, “When you have the power to stop diarrhea, everybody wants to suck your dick.” and “The world was our oyster, and we were gonna’ fuck that oyster raw.”

Lloyd Kaufman has always been a dude with something to say, while throwing pretension to the wind. That message is often packaged in goo in the forms of toxic waste and shit.  It’s triggering, intentionally so. It’s disgusting, it’s ridiculous, it’s satire, it’s over the top fun. It’s an equal offender, tongue firmly in cheek… you will be shat on. And when it comes to Troma films, I believe there are two camps… one being you get it, and you love and appreciate these films for what they are – Irreverent, distasteful, fantastical; and I say that in the most complimentary way. Or you despise them. Not sure there can really be an in between. Shit Storm is no different, serving up social commentary in truly flippant Troma style. Whichever camp you fall into, I feel confident you will walk away from this one TROMAtized.

And since this shit storm I did see, “Now I will believe that there are unicorns…”

And what of the Chipotle bowl, you ask? It remained mostly untouched, until far far later in the night when I found my way back to it. I always find my way back. 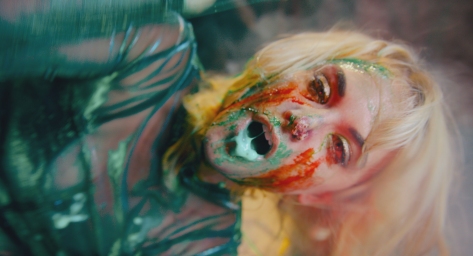