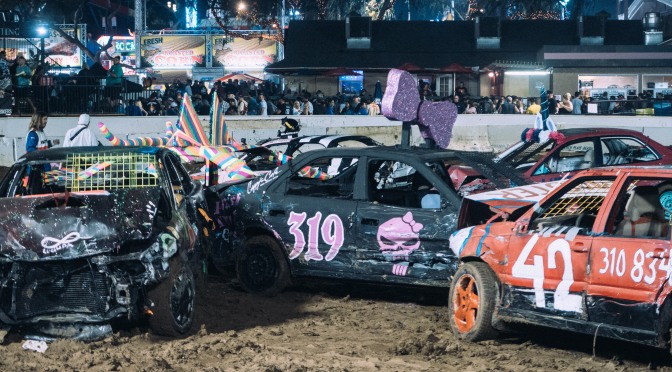 I’ve always wanted to witness a Demolition Derby. The closest I’ve ever been to one was standing outside an amphitheater at the fair while catching the tail end of a derby in tiny glimpses. So imagine this HorrorGirl’s delight when I went to the OC Fair and realized there was a demolition derby that very night! Not only was it a demolition derby, it was an ALL FEMALE demolition derby. Not only was it an all female demolition derby, but it was a charity event raising money for the Susan G Komen Foundation. For those of you who don’t know, my Mom beat the shit out of breast cancer this year, finishing her treatment just last month… and my kickass aunt is currently beating the crap out of it. It’s always been an important cause to my family and me, now it’s extra personal for us all. Now, I wish I could say this badass charity derby was the reason I was at the fairgrounds in the first place… But it happened to be a happy, very lucky accident. Or maybe… fate. END_OF_DOCUMENT_TOKEN_TO_BE_REPLACED